RAID Recovery – Job of the Day

What happens when a RAID goes wrong? Badly wrong!

The first array suffered a disk failure and the Hot Spare kicked in. Shortly after, a second drive failed – allowing the system to run but in a degraded state. The final nail in the coffin occurred when a 3rd array member failed – leaving the array offline. When the second drive failed, the customer began copying data from this array to a second Dell MD3000 disk array. Bizarrely, this array suffered the exact same issue and 3 disks failed in quick succession. Despite running RAID5 + Hot Spare, the systems quickly degraded and failed – leaving 2 large arrays offline with valuable data.

After a technical briefing with the client, we arranged collection from their offices and after a 500km round-trip, we had the drives safely in our lab that evening. Work began immediately and we found 6 failed disks with Electronic, Service Area and Bad Sector issues. Fortunately, these were the 3.5″ SAS drives and we did not find any that had been destroyed internally – like many of the 2.5″ Seagate SAS drives on the market.

Having repaired the 6 failed disks, we immediately imaged all 30 drives to new disks and began analysing the RAID configuration. Determining the failure sequence, we successfully rebuilt the arrays in our recovery environment. The arrays were running VMFS file system and contained large number of Virtual Machines and VMDK’s. We successfully extracted all data to 6 external drives and these were hand delivered to the client in just under 72 hours. Not bad for a 30 drive array! 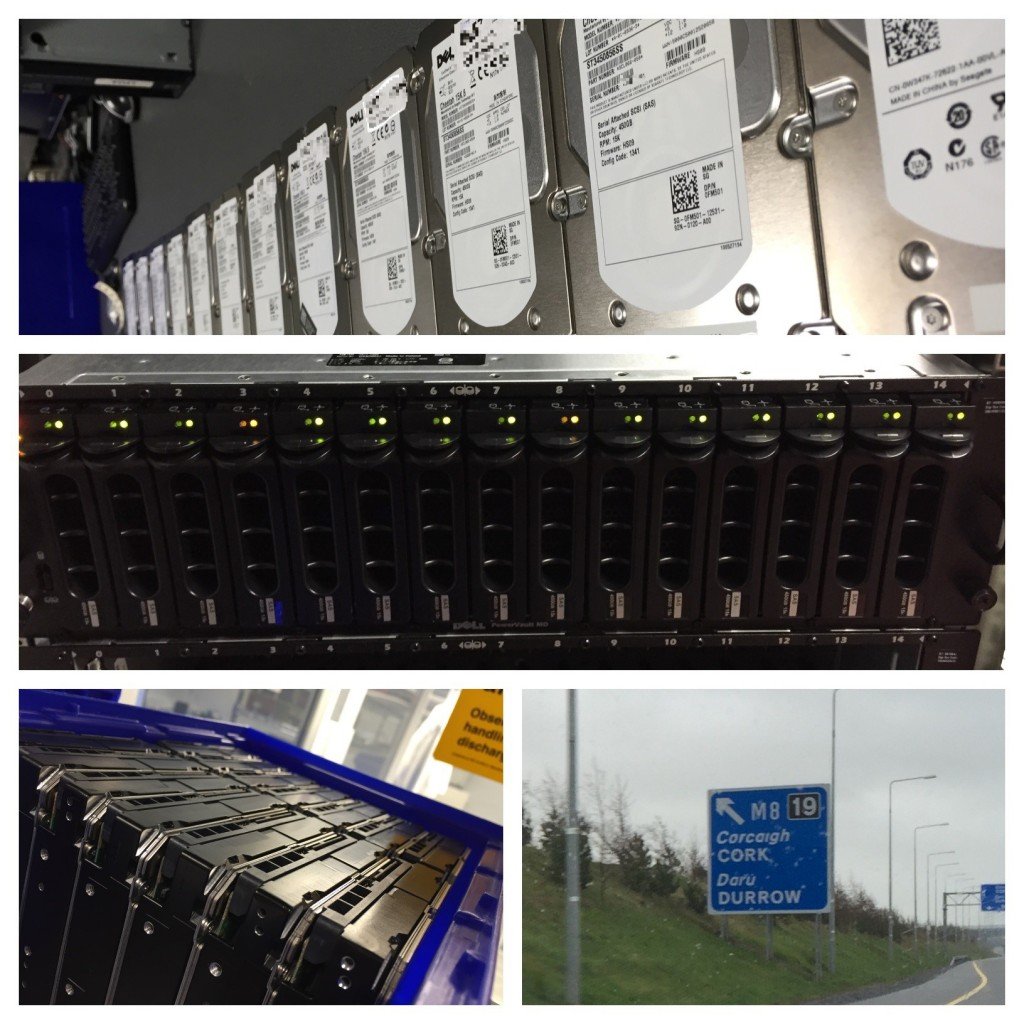 CDS is a full-service Data Recovery company providing expert service in Ireland, Europe and the Middle-East. With vast expertise in RAID array failures and Virtual Machine Data Recovery, we are available 24/7 to restore mission-critical data from all server and drive manufacturers.